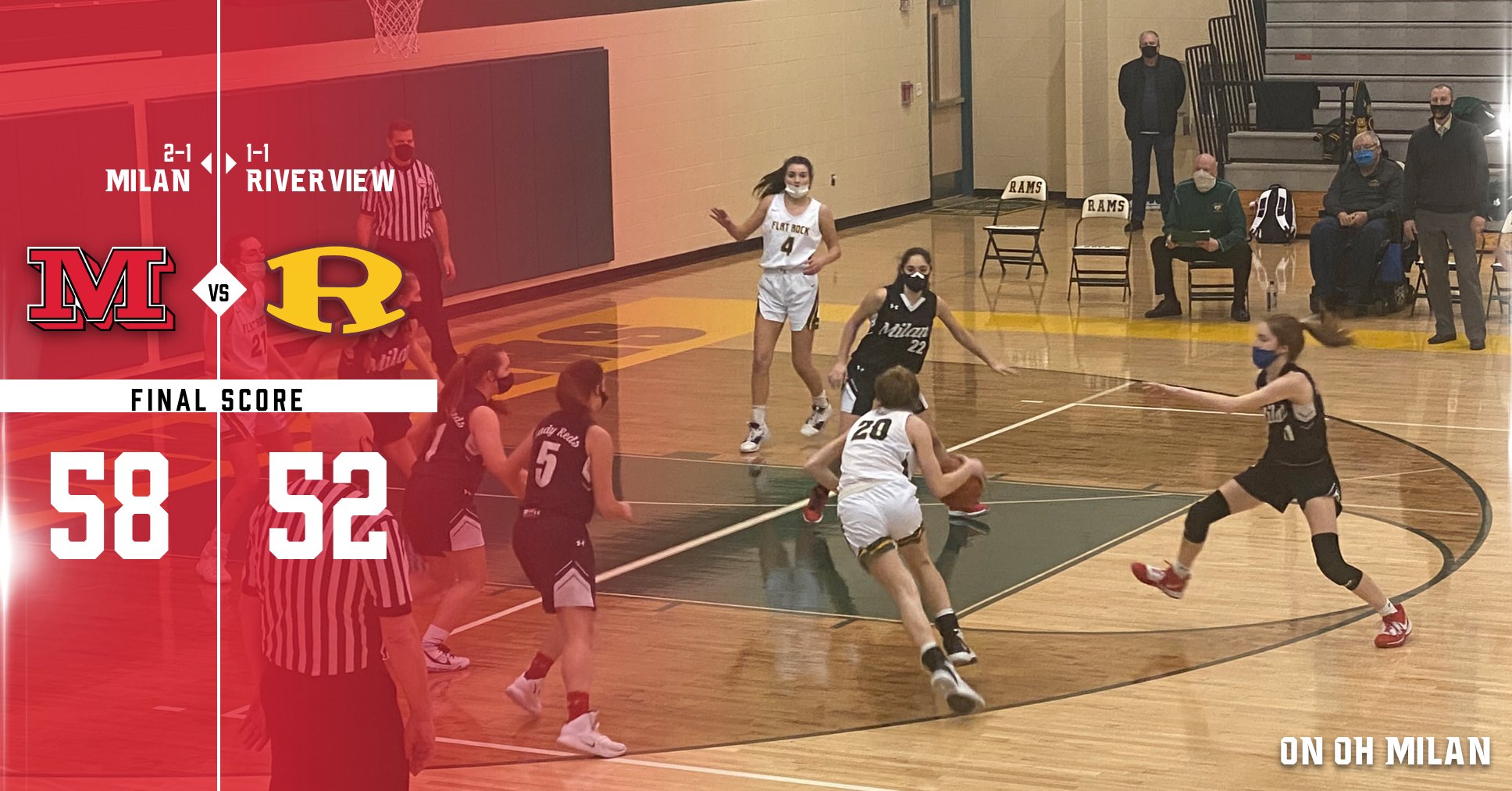 RIVERVIEW, Mich.- Milan’s girls varsity basketball team found itself in a hole to start the game at Riverview, trailing 10-0 from the start, and down 16 points at halftime.

Milan would charge back in the second half, and held the Pirates to just 12 second half points.

Sophia Kirk would drain 7 three-pointers in the comeback for Milan. Sydney Aunins had 14-points, 10-rebounds, and 5-steals.