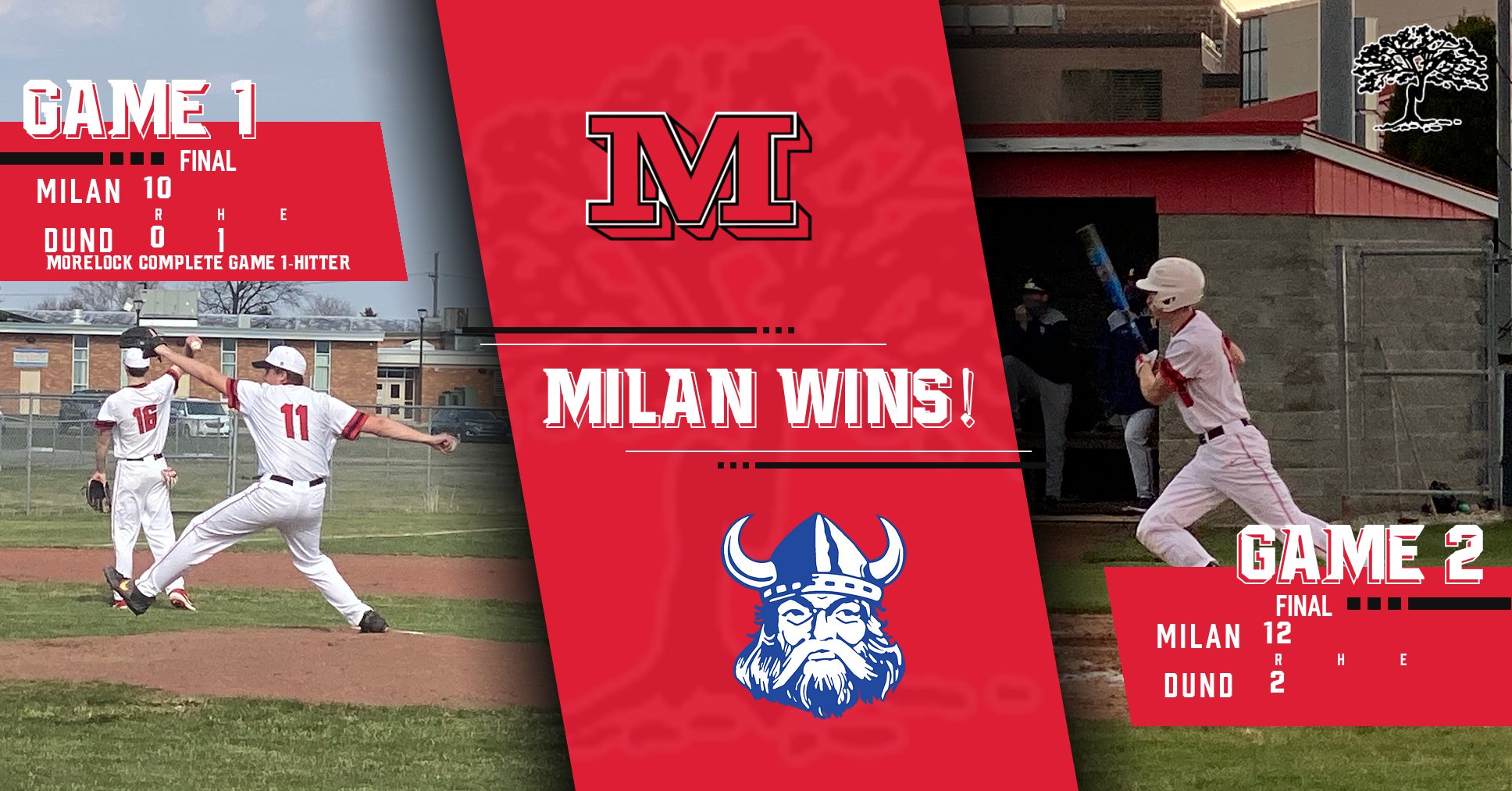 Today, your Big Reds righted the ship by sweeping the doubleheader against Dundee; Milan won 10-0 in game one (by way of the 5 inning mercy rule), and 12-2 in game two (a six-inning affair).

Milan jumped out to an early 4-0 lead in the opener, adding five more runs in the 4th. Evan Morelock threw a complete game shutout, and allowed only one hit while tallying 7 strikeouts in the outing.

Game two was much the same offensively, as the Big Reds took a 4-0 lead after two innings. Milan would add six in the 5th and an additional three in the 6th. Between the two games, Milan had 14 hits; the output was aided by a combined 14 Viking errors between the contests.

Jaxon Morawski and Mason Somerville were the pitchers in game two.
The Big Reds next play at Riverview on Monday in a doubleheader that starts at 4 pm.