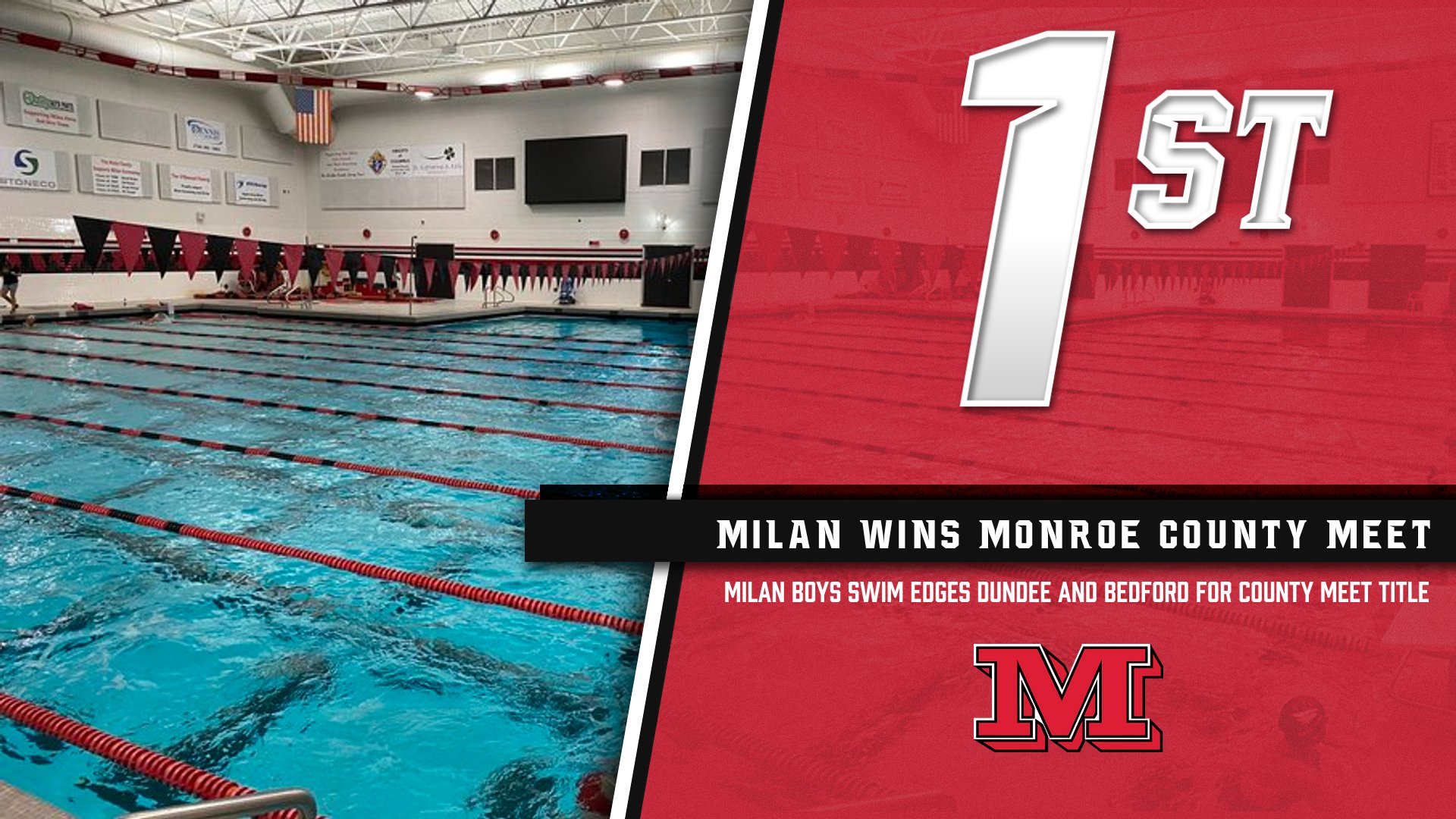 Milan wins a close County Meet today. With a small team we had to make the most of each swim, and we scraped out the win.

We got started on a great note with a win in the medley relay. Zach Heikka, Andy Dobrzanski, Gavin Kruise and Sam Kennedy took the gold with our B relay of Ben Stafford, Elias Hobbs, Flannery Wayne and Aiden Broadworth taking 4th.

The 200 IM was taken by Dobrzanski in a new pool record. Ben Stafford had a solid swim for us and took 4th.

Steven Gottardi represented well on the boards for us and took 4th.

The 100 Free was led by Carson Paris who took 2nd Humes was 5th, Broadworth 6th and Johnson 12th.

The 500 Free was taken by Dobrzanski who broke the Pool Record, as well as setting the Milan Varsity Record. His time of 4:36 broke Matt Conger’s record set in 2000. Liam Ohare took 4th, and Jabril Amin was 6th for the Big Reds.

The 200 Free Relay saw another runner up finish for Milan, as Heikka, Broadworth, Kennedy, and Parris had a great swim, followed by Wayne, Humes, Ohare and Amin who took 4th. Our C relay saw great swims from Hobbs, Zeller, Johnson and Gottardi.

The 100 Back had only two Big Reds, but Heikka claimed the event and Ben Stafford was 4th.

The Meet ended with Milan taking 2nd and 4th. Dobrzanski, Stafford, Parris and Kruise were runner up, with the B relay composed of Ohare, Humes, Amin and Kennedy.

Andy Dobrzanski was named Swimmer of the Meet.