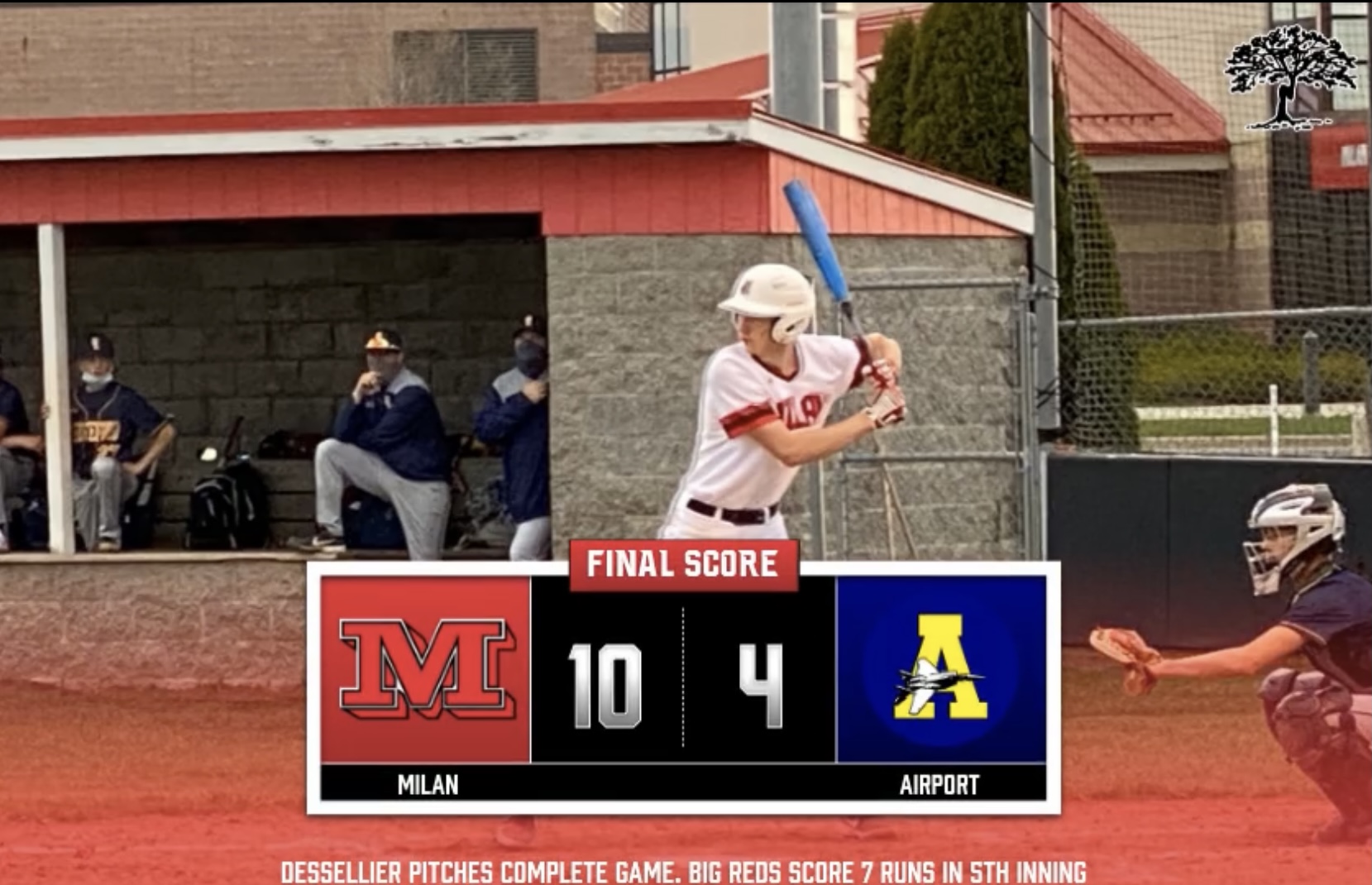 This afternoon, your Big Reds came back from a 4-2 deficit to beat Airport, 10-4. The win streak increased to 11 with the victory, and Milan’s record in Huron League play is 4-0. On the season, the Big Reds are now 12-1.

Milan did manage to score runs in the 1st and 2nd innings, respectively (thanks to a defensive error after a leadoff walk in the 1st, and on a groundout in the 2nd). But they didn’t pick up a hit until the 5th inning of the contest, on a single from leadoff hitter Jett Isaacs.

By the time the frame ended, Airport allowed 7 Big Reds to cross home plate. Hunter Osborne tied the game on a single of his own, with Milan taking the lead on an Airport error.

After taking the lead, Big Red starting pitcher Connor Dessellier – who wound up with a complete game – held Airport hitless over the final three frames.

In all, the Jets had 8 errors over the course of the game, while Milan had just 5 hits. Big Red batters were also walked seven times.