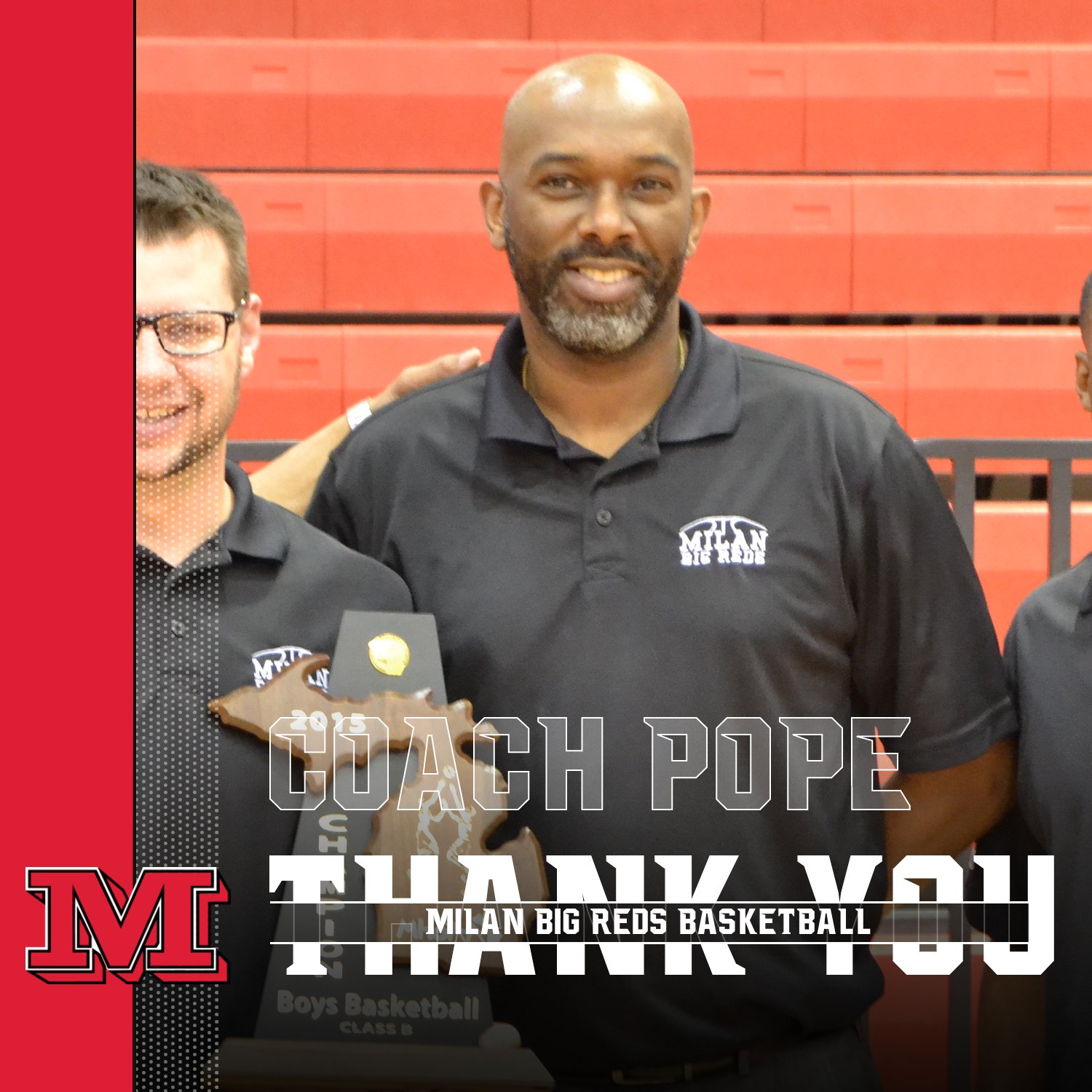 For the last seven seasons Coach Pope has led the Milan Boys Basketball program, and has announced he’ll be stepping away after a successful career here at Milan.

The Milan Athletic Department wants to give a huge thank you to Coach Pope for the work he has put in as our varsity basketball coach. He’s made a remarkable impact on the lives of many of our student-athletes, and done a great job leading our boys basketball program over the years.

Coach Pope has been with the program for much longer than just the seven seasons as the head coach. He was an assistant coach for Coach Tropea, a part of many league championship teams, and on staff for the 2014 State Championship. Coach Pope is also a Milan High School graduate and played here all four years of high school.

Once again, thank you Coach Pope for the lifelong memories and connections you made and that we will always cherish, the leaders you developed, and taking pride in what it means to be a Milan Big Red. THANK YOU!