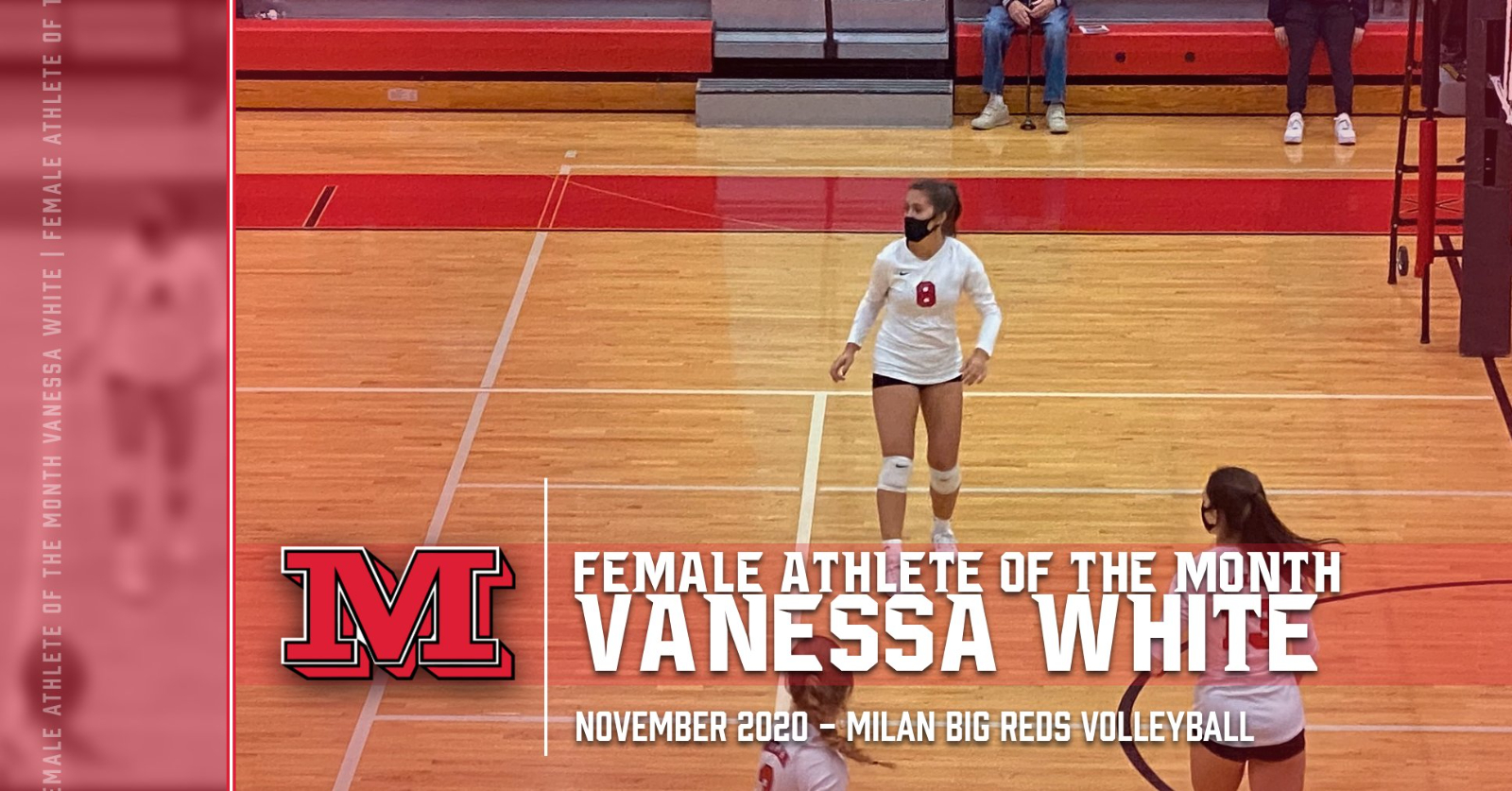 Vanessa White, a junior volleyball player for the Big Reds is the 2020 November Athlete of the Month. White played a big part in helping lead Milan to the MHSAA District Championship game, with strong showings against Monroe Jefferson and Airport. She has been a great leader for the program, and a starter for the Big Reds all season.

White was named All-Huron League HM for the 2020 season!