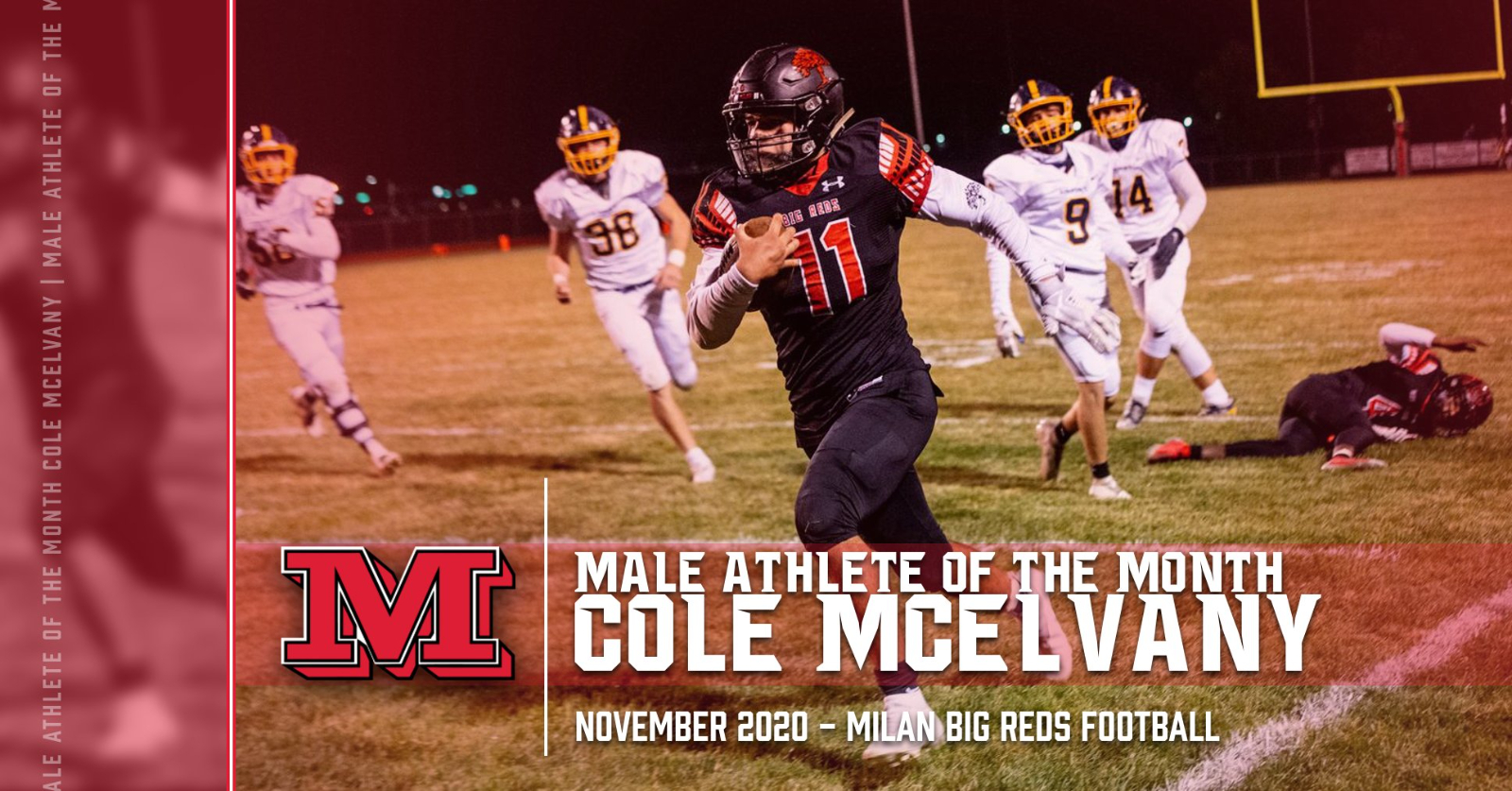 Milan football player, Cole McElvany, is the November 2020 MHS Male Athlete of the Month. McElvany has played a large role in Milan’s success on the football field, playing on both offense and defense. As a passer McElvany has had 792 yards through the air, and 8 touchdowns, as well as 713 rushing yards, and 14 touchdowns on the ground. Cole has also racked up 66 tackles this season.

Cole helped lead the Big Reds to a 34-8 victory over Airport, and a 22-14 win over Redford Union to give Milan back-to-back district championships. McElvany ran for 132 yards, passed for 117 yards, and compiled two touchdowns in the win against Redford Union.

Milan currently has a 8-1 overall record, finished runner-up in the Huron League, and awaits Williamston in the Regional Championship game.

Photo credit to our friends at MLive