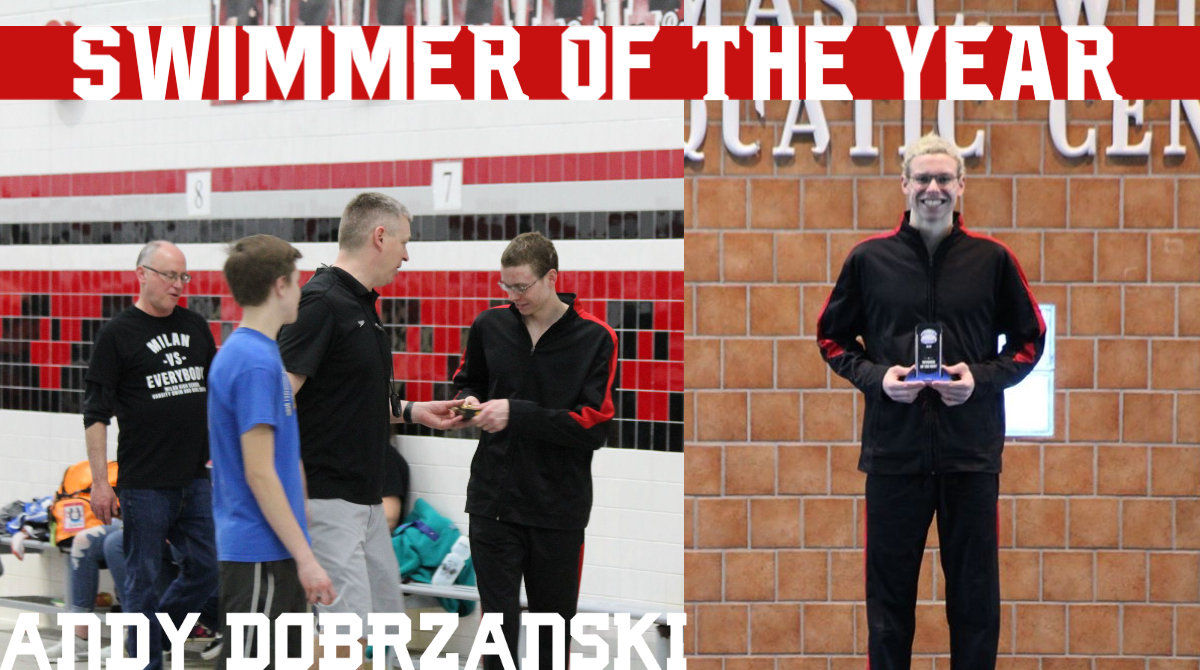 Milan’s own Andy Dobrzanski, a sophomore swimmer has been named the Monroe County Swimmer of the Year for the second consecutive year!

Dobrzanski is the defending state champion in the 200 IM. This season Andy broke the Milan pool record in the 200 IM during the SMISL Championships.

Andy competed in many events this past winter, including the 500, and the 400 Free Relay team.

No Events This Week

Events are added by athletic staff.
View All Events